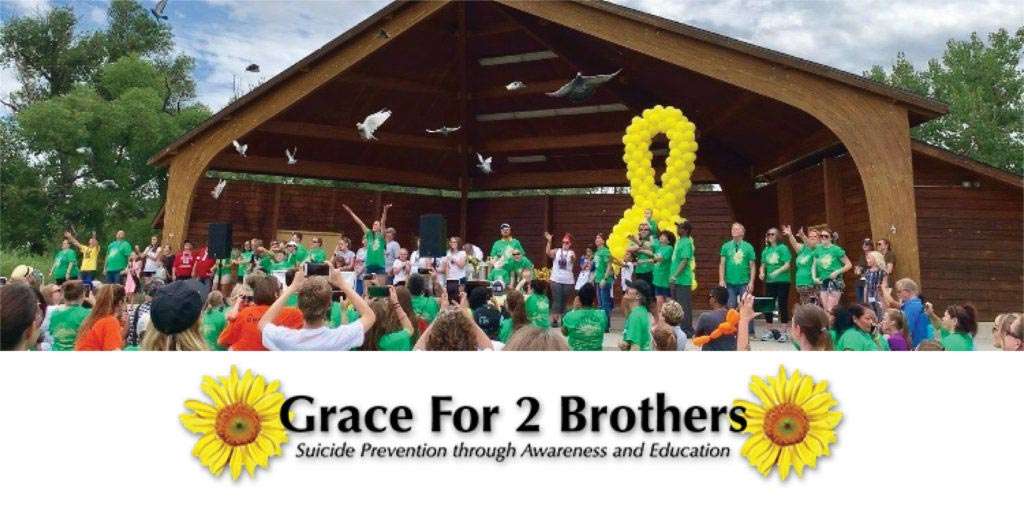 Have you heard of Grace for 2 Brothers?

They are a local non-profit whose primary mission is suicide prevention through awareness, education, and support. Formed in 2010 by BJ Ayers, Grace for 2 Brothers Foundation continues its critical work for the community of Cheyenne and throughout Wyoming. The foundation provides resource information and assistance to those who know someone in crisis, to those who are currently in crisis, and provides support to caregivers and survivors of suicide loss.

Their website, gracefor2brothers.com, is an amazing resource filled with information about all the things, including:

So, what can you do?

Ways to get involved.

Where to find Grace for 2 Brothers.

Grace for 2 Brothers is located at 1603 Capitol Ave, #410 in Cheyenne. You can reach them by emailing admin@gracefor2brothers.com, and you can of course learn more on their website, and go give them a like on Facebook and Instagram!